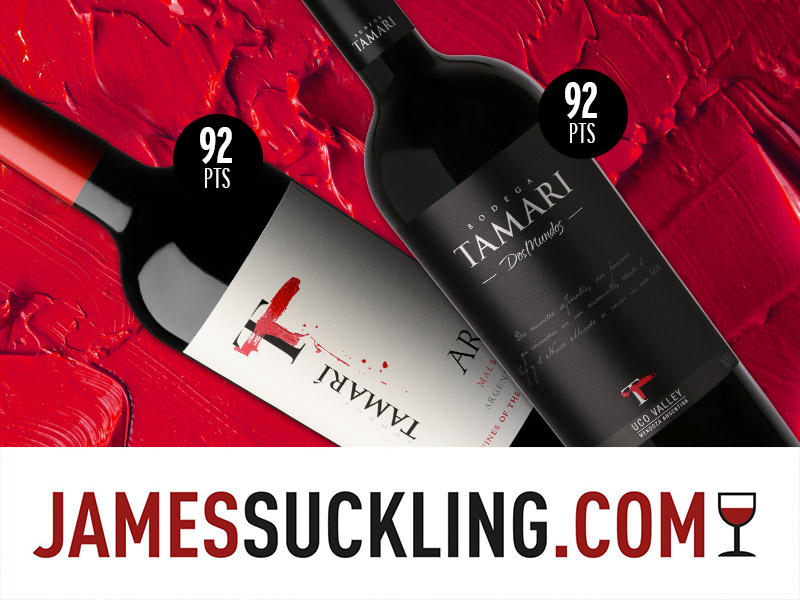 The scores were recently released for James Suckling’s latest report about Argentine wines.

In his most recent visit to Mendoza and Buenos Aires in April, the renowned US critic tasted over 700 Argentine wines and amongst those, Bodega Tamarí wines excelled with outstanding scores.

VSPT wines are in James Suckling TOP 100 wines from Chile